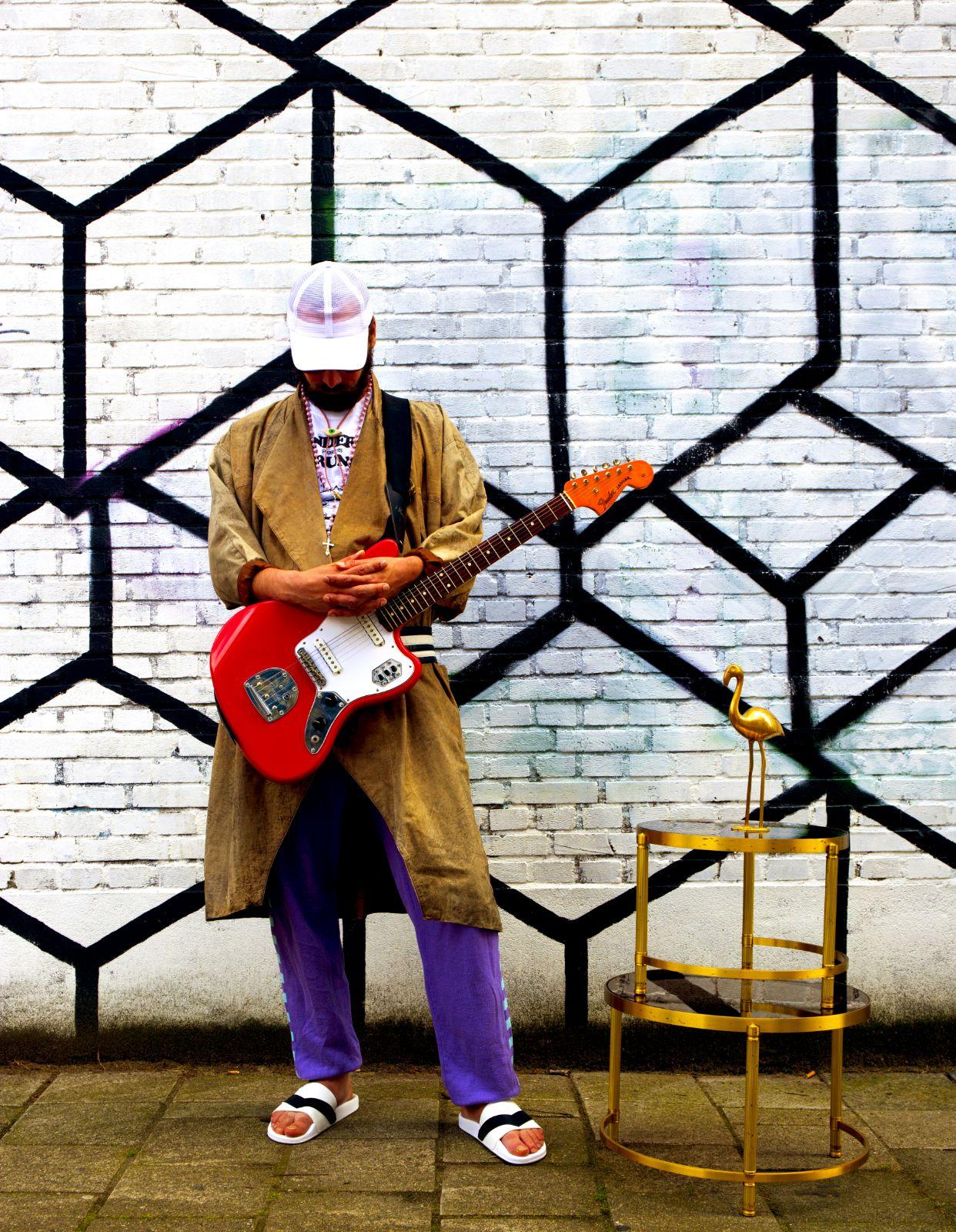 Arp Frique is the alter ego of Niels Nieuborg. From the age of seventeen, this Rotterdammer immersed himself in the vibrant world of Surinamese, Caribbean, Moroccan, Indian and Cape Verde; all music found in his home city. After working in a Caribbean restaurant he decided to make his passion his profession and started as a musician, DJ and producer.

Arp Frique refers to the sound of the Arp syhthesizer and to the song Le Freak by Chic, both conjure up a good idea of what sort of music the band plays. In Arp Frique & Family, those musical influences which have been brewing for so long under the surface have finally found their voice and their audience!

His records combine glittering disco of the seventies disco with afrobeat, Caribbean, Cape Verdean and Brazilian sounds. Names such as Ronald Snijders, Orlando Julius and Ed Motta appear as guest artists on his April Welcome to The Colorful World release of Arp Frique, just like the legendary Cape Verdean singer Americo Brito, who is also part of the line-up. So just dust your platforms shoes off and put your afro on and get ready to boogie!