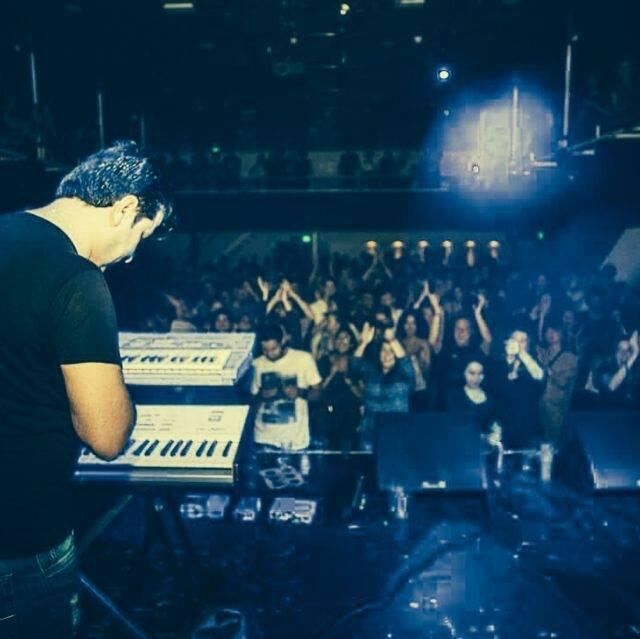 Rizan Said is a composer, musician and producer, responsible for hundreds of Syrian recording industry productions as well as compositions and themes for television and cinema. His first solo album, “The King of Keyboard (Annihaya Records, 2015) continues to receive critical acclaim internationally. Rizan’s recent solo performances have brought the original dabke dance sounds of Syria to European festivals and concerts, and kept people partying until sunrise.

Rizan originally hails from the town of Ras Al Ain, in northeastern Syria, in the region known as the Jazeera. He currently lives between Ras Al Ain and Sweden.

Rizan was a musical prodigy from a young age – a gifted player of percussion and reed instruments before a wealth of synthesizers began flooding Syria in the late 1980s and early 1990s. Steadfast on the Syrian cassette album circuit at the time, Rizan was already sending his signals out from the Jazeera frontier, thanks to a partnership with local Syrian producer Zuhir Maksi.

One of the artists he played, toured and recorded with is Omar Souleyman